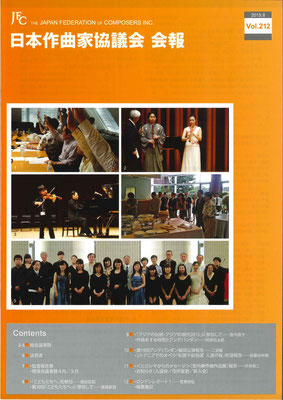 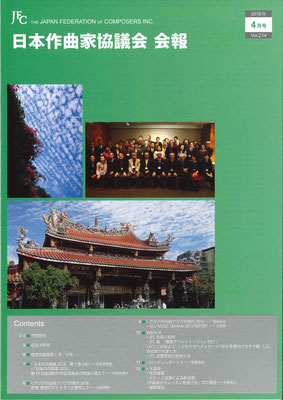 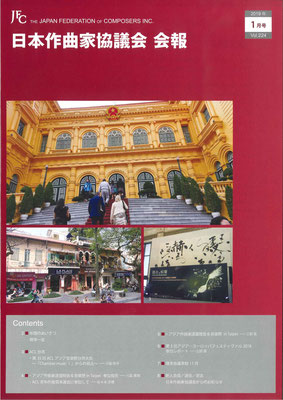 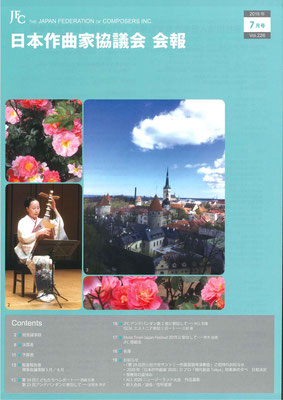 When established in 1962, we started as a union of composers, but later changed our name to the Japan Federation of Composers (JFC), which incorporated in 1983.


The JFC's primary objectives are to promote the activities of composers, to improve the condition of composers and to contribute to society through musical activities.


Most of the JFC's activities are supported by membership fees and subsidies from various foundations and organisations.

Our activities are numerous and include:

Contemporary", "To the Children – JFC Kid's Box Piano concert" are

This competition began in 2001 and has been held every other year since 2010.

Exchange concerts have been held in South Korea, Singapore, Taiwan, and

Australia in the past.

The next concert in Thailand is planned for August 2019.

an associated member of the International Society for Contemporary Music

"Asian Composers in the 20th Century" (English/Japanese) was published in

The concert and exhibition "Arts with Disabilities" was held in 2017, supported

by the Agency  for Cultural Affairs.

Sat., Sun. and holidays are closed